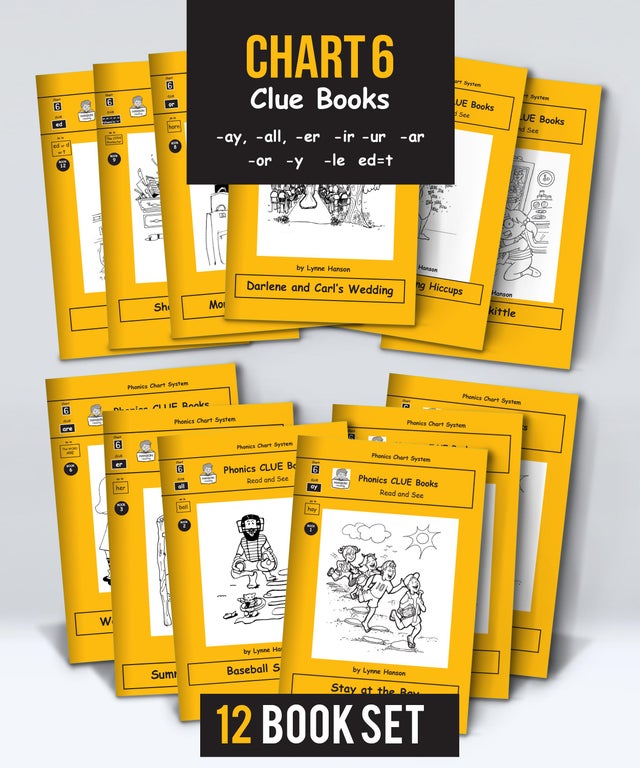 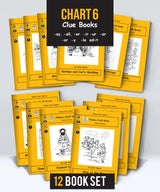 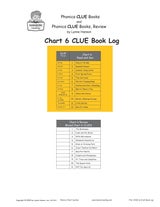 This book set focuses on a specific Chart 6 CLUES. In addition to the focused CLUE, other Chart 6 CLUES may be included and marked with a 6.

Chart 6 Bk 6 We Are Jumping Rope

The first step for reading words in all nine Charts of the Hanson Reading Phonics Chart System is to find the 1st vowel. Then with only three options, most words can be decoded by applying 1) the Hanson CODE, 2) a Hanson CLUE sound or 3) the vowel sound in an OPEN syllable.

The CODE is found on the back-inside cover. The Chart 6 CLUES are found on the back-outside cover. Open syllables have one vowel, and it ends the syllable. The vowel sings its NAME instead of obeying the Hanson CODE. Closed Syllables end in a consonant and obey the CODE.

Words that do not work with the three options above are called “Unfair” words and are learned in Hanson Memory Association Patterns (M.A.P.s to the Brain). They are found in Hanson Reading Student Manuals and are marked with a diamond ◊, which refers students to the M.A.P. A number 7, 8 or 9 next to a ◊ indicates that the word is temporarily unfair until the CLUE is learned on Chart 7, 8 or 9. The Unfair Words, “a, the, to, of, I” are not marked, and the word “are” is no longer unfair.

All words with Open or Closed Syllables are divided. Open Syllables have an arrow above the vowel to indicate they say their NAME. Some words are divided to make decoding easier. Divide the remaining big words between two consonants, two words (compound words) or take a prefix or suffix off base words. Don’t divide consonant digraphs (“Married Consonants”) unless you want them to make their individual sounds. There must be at least one vowel in each syllable.

At the bottom of pages are abbreviated reminders to help explain how a marked word can be decoded. Some syllable divisions and special markings appear on the READ page but are mostly eliminated on the SEE page. Read and See!